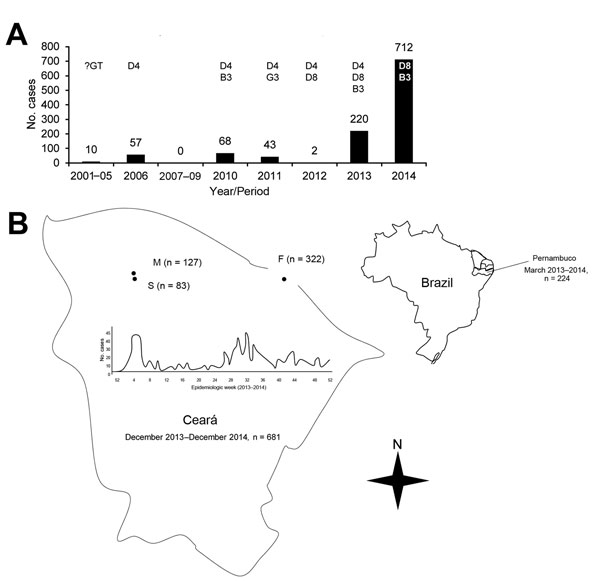 Figure. Measles cases reported in Brazil after elimination, 2001–2014. A) Cases and genotypes identified, by year. B) Spatial distribution of measles outbreaks in the states of Pernambuco and Ceará during 2013–2014, in which only genotype D8 was identified. Genotypes B3 and D4, observed during 2013–2014, were reported in other Brazilian states. The cities with the highest number of cases are highlighted on the map, as well as the evolution of its outbreak, which had 2 waves with peaks in the first and second halves of 2014. Data through December 31, 2014. F, Fortaleza; M, Massapê; S, Sobral; B3 , genotype B3; D4, genotype D4; D8, genotype D8; G3, genotype G3; ?GT, unknown genotype. Sources: (3,5,7).