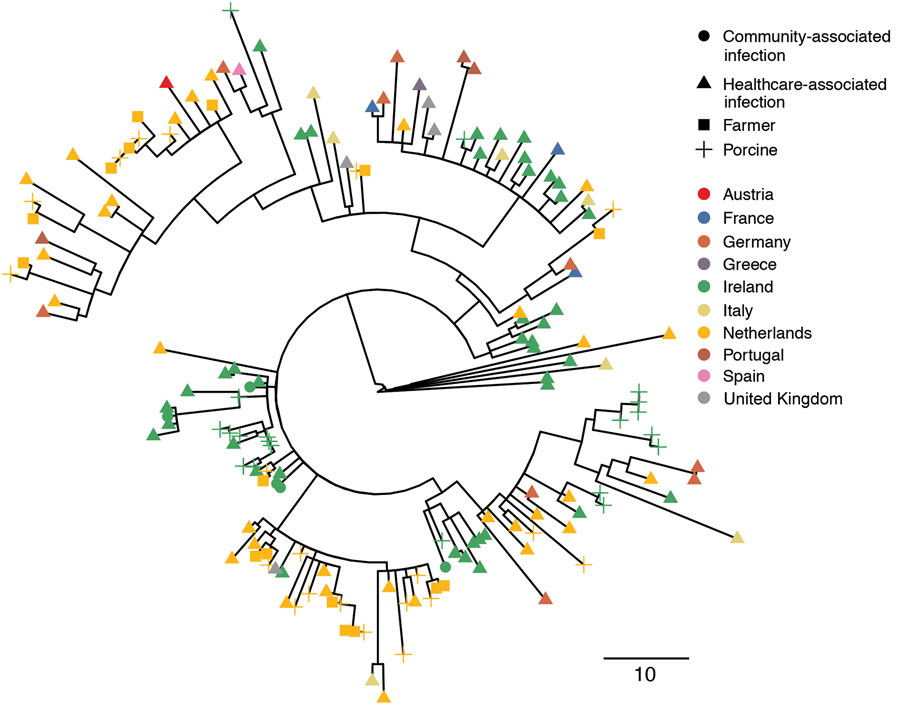 Figure. Recombination-adjusted maximum-likelihood phylogenetic tree of sequences from human and porcine Clostridioides difficile isolates from Ireland and 9 other countries in Europe. Isolates are shown as triangles for healthcare-associated C. difficile cases and circles for community-associated C. difficile cases. Isolates from pigs are shown as crosses and those from farmers as squares. The color at each tip indicates the country of origin of the isolate. The tree was based on 4,861 variable sites before correction for recombination, based on a median (interquartile ranges) of 93.4% (93.0%–93.8%) and (83.1%–96.2%) of the reference genome being called. Scale bar indicates single-nucleotide polymorphisms.

Page created: June 07, 2021
Page updated: August 17, 2021
Page reviewed: August 17, 2021
The conclusions, findings, and opinions expressed by authors contributing to this journal do not necessarily reflect the official position of the U.S. Department of Health and Human Services, the Public Health Service, the Centers for Disease Control and Prevention, or the authors' affiliated institutions. Use of trade names is for identification only and does not imply endorsement by any of the groups named above.