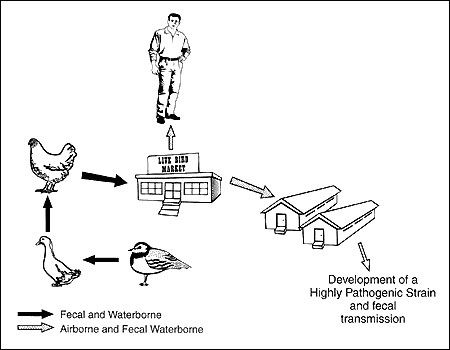 Figure 2. The emergence of H5N1 influenza in Hong Kong. It is postulated that a nonpathogenic H5N1 influenza spread from migrating shorebirds to ducks by fecal contamination of water. The virus was transmitted to chickens and became established in live bird markets in Hong Kong. During transmission between different species, the virus became highly pathogenic for chickens and occasionally was transmitted to humans from chickens in the markets. Despite high pathogenicity for chickens (and humans), H5N1 were nonpathogenic for ducks and geese.