The body on which we worked was that of a man, perhaps fifty years old. He was muscular, in life a laborer, I imagined. His body was like a textbook, perfect, flawless. As freshman medical students, we had no idea why such a perfect body might have died--until we opened the chest.

His heart, like his other muscles, was heavy with the weight of life. But the most striking abnormality within the cave of his chest was the enlargement of his aorta, the artery that distributes blood over the body. His aorta was ballooned out, swollen to three times its normal size. Such a weak, bulging aorta, an aneurysm, could have come only from syphilis, which he had contracted years--or, more likely, decades--before. This revelation completely transformed our daily encounters with our cadaver. This was now no longer a mere anatomy textbook, yielding up its slow secrets. No. This was a man, instantly humanized, who had walked and worked among us and died of love. And, in some metaphysical sense, the woman from whom he had contracted the disease was still there with him on the dissection table, after all those years. As Racine wrote in Phèdre, "It is no longer a passion hidden in my heart; it is Venus herself fastened to her prey."1

I saw him first in April on cardiology consultation rounds. I was working with two emergency medicine residents and two cardiology fellows that month, swooping all over the hospital to see patients with suspected or clear-cut heart disease. The call over the beeper was from the burn unit.

We entered the sanctum of the unit through the swinging doors. Signs on the wall confronted us: DID YOU WASH YOUR HANDS? We did. And donned the gowns, masks, and puffy surgeon's caps that were required for the unit. We began to review the chart.

The man was young--maybe twenty-five years old--and had been burned--widely, severely. The surgeons had struggled for weeks to try to cover the burned areas with skin grafts before his wounds could be irreversibly infected. He'd been in the hospital since January--almost four months now. I thought of how much it hurts to burn a finger on a hot stove, then tried mentally to magnify it.

We listened as one of the fellows took the history: How had he been burned? The patient told us he'd been walking late one night in January when he spotted the distinctive orange glow and thick smoke of a major fire in a building he passed. He knocked loudly on the door and yelled for help. A young boy appeared at an upstairs window. The patient told us he broke in the door, roused the family out, then went back in for the boy. He'd saved the boy but had been badly burned in the process.

The man--his name was Robert--was sitting upright in a high-backed wheelchair. His limbs, abdomen, and back were swathed in bandages; he sat propped up on foam so as to put as little pressure as possible on the tender skin underneath. From a distance, his face reminded me of one painted by Rouault: dark, broad brushstrokes outlining it, another dark stroke lending prominence to the nose, and lighter tones for the rest of the face. Up close, the landscape of his face was made up of glistening caramel-colored islands of partially melted tissue; they were separated by--and seemed to be eroded by--the angry channeling red pigment of his blood that looked ready to well up at any moment from beneath the burned skin. The effect was that of a variably cooling recent lava flow. But that was not the most striking aspect of his countenance: his eyes had the look of pure terror, pupils dilated, lids widely separated--the eyes that everyone in medicine sees sooner or later. They lent to his face the unmistakable appearance of someone who's seen death, and been changed by it.

Robert had done surprisingly well for several weeks as his own good skin was grafted over the burned areas. But then infection had set in. Antibiotics were started--first one, then two, then another set, as the bacteria became resistant to the drugs. The spiking daily fevers began--and drenching sweats. Cardiology was called to see him after bacteria were cultured from his blood: Does he have endocarditis? asked the consultation note.

We decided to do an echocardiogram. The machine was trundled up from the sixth floor of the hospital and set up in the room. An echocardiogram harks back to the sonar units used by submarines--the ones we all saw at the movies on Saturday afternoons while we were growing up, blithely unaware of any hearts but our own. The echo machine uses ultrasound waves, as does sonar, bouncing the waves off the interior anatomy of the body. Using the echo, one can visualize the heart's perpetual energy and, within it, in the swirling sea of blood, the graceful heart valves keeping the blood flowing straight and full speed ahead.

Robert's valves all looked normal, thin but with great tensile strength, smoothly opening and closing, all except the mitral valve. Instead of smoothly dancing in place, the mitral valve's motions were weighed down by a mass of heavy echos that could mean only one thing: the blood- and bacteria-laden abnormal appendages of endocarditis. His heart was infected, all right, seeded from his infected burns and then itself constantly reseeding all parts of the body in its natural centrifugal energy. We were trapped and so was Robert. We might have had a better chance to cure the endocarditis had we not had the infected burns to contend with. As it was, the situation was a desperate one. We wrote out our orders and tried to explain the dilemma to Robert, being as optimistic as possible.

We saw Robert daily over the next two weeks. At first, by switching to yet another, more toxic, set of antibiotics, we seemed to be making some progress. His temperature came down--for four days it was almost normal. All the while the surgeons worked to cover his burns with grafts. They didn't take. Robert was given several transfusions of blood. But his kidneys were beginning to fail. We adjusted the medications, meeting incessantly to decide how to approach each new crisis. I could tell we were losing ground. Robert looked weaker and more resigned on each of our successive visits. The raging fever returned. He was going out in a blaze, an inferno of infection.

Several days later, as the group of us approached the door of Robert's room, we saw that he had a visitor. The visitor's back was toward us, but his gown was open. His suit was black, and above the tie-strings of the gown around his neck, we could see the white collar of the priesthood. We backed quietly out of the room and waited. In a few minutes; the priest came out, closing his Bible as he approached us, a silver cross dangling from a broad white ribbon folded over his forearm. We nodded to his nod. We examined Robert. He looked exhausted. There was a rosary in his hand. He barely noticed that we were in the room.

That afternoon, the cardiology team got an emergency call to the unit. As we arrived, donning our apparel quickly, we found the entire surgical team gathered around Robert's bed, always a bad sign. Robert had had a seizure, then his heart had skipped, shuddered, and stopped. Despite our efforts, there was no way to save him. For my part, I wasn't at all sure that Robert wanted to be saved any longer. I thought about our sessions in ethics class on "quality of life." Robert had had little of that in the last few months.

As we left the room a deputy sheriff outside approached us. He asked about Robert. We told him what had happened, that we'd lost the battle. It was only then that we learned the truth about Robert. Robert, said the deputy, was an arsonist. He had set blazes in two parts of a building back in January. But he'd gotten trapped between the two fires, was badly burned, and had barely escaped with his life by jumping from a second-story window. Robert's tale about his heroism, the young boy he'd save, was a total lie, something he'd wanted us to believe and, in the haze of morphine, may have begun to believe himself. Ordinarily, he would have been placed under an around-the-clock guard, said the deputy; but, as he told us, "In his condition, he wasn't goin' no place."

We shrugged out of our gowns, shaking our heads in disbelief. We had been had, all right. Robert must have figured that things would go better for him medically if his doctors thought he was a hero and not an arsonist. I like to think that knowing the truth about Robert wouldn't have affected our efforts to save him. But who can be sure of that? Robert couldn't. 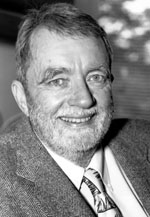 Figure. . . Dr. John Stone is a professor of medicine (cardiology), Emory University School of Medicine, Atlanta, Georgia, as well as lecturer for the Department of English and instructor in...

Dr. Stone (Figure) is professor of medicine (cardiology), Emory University School of Medicine, Atlanta, Georgia, as well as lecturer for the Department of English and instructor in literature and medicine and creative writing, Emory College British Summer Studies Program, Oxford, England. Dr. Stone has published several books of poetry and collections of essays. He is coeditor of the anthology of literature and medicine, On Doctoring: Stories, Poems, Essays, which is presented each year by the Robert Wood Johnson Foundation to students entering U.S. medical schools.

1From In the Country of Hearts, LSU Press, Baton Rouge, Louisiana, 1996. Reprinted with permission of the author.

Page created: April 27, 2012
Page updated: April 27, 2012
Page reviewed: April 27, 2012
The conclusions, findings, and opinions expressed by authors contributing to this journal do not necessarily reflect the official position of the U.S. Department of Health and Human Services, the Public Health Service, the Centers for Disease Control and Prevention, or the authors' affiliated institutions. Use of trade names is for identification only and does not imply endorsement by any of the groups named above.