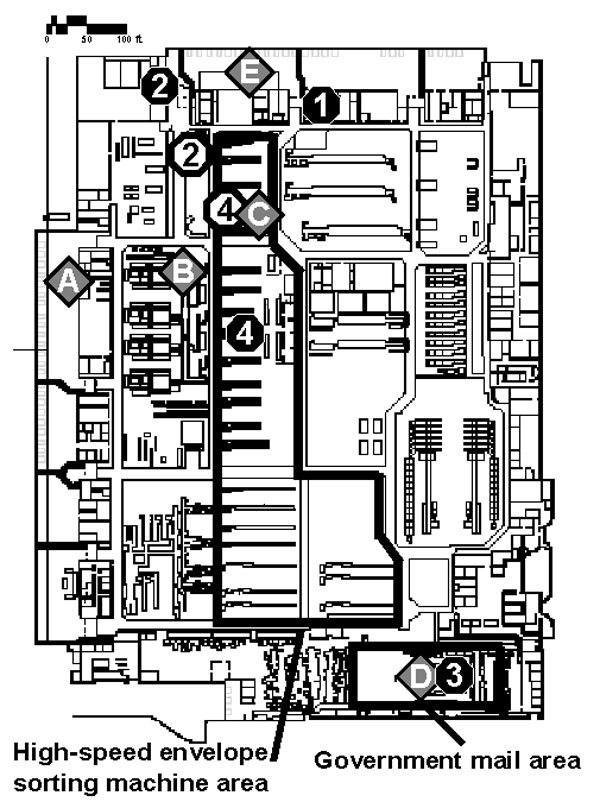 Figure 1. Floor map of the Washington, D.C., Postal Processing and Distribution Center with the known locations of the two B. anthracis–contaminated envelopes (gray diamonds with letters) and work locations of case-patients (black circles with numbers) in the facility on October 12, 2001. The estimated location of case-patients during the time of processing the contaminated envelopes at point C, when the letters were processed by the high-speed sorter machine, are shown as open circles. The main processing area of the facility, containing all of the high-speed sorter machines, and the government mail section of the facility are marked.