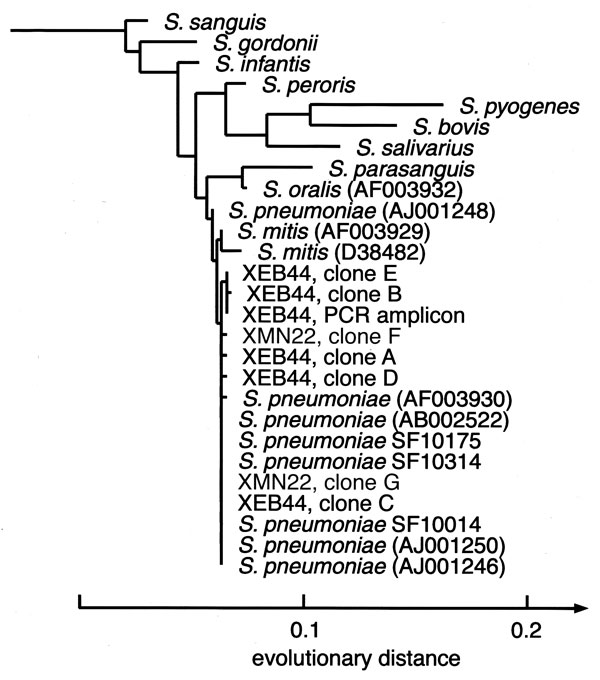 Figure. Phylogenetic analysis of the bacterial 16S rDNA sequences obtained from cases XEB44 and XMN22. The tree was rooted with Staphylococcus aureus and Escherichia coli as outgroups and constructed with a maximum-likelihood algorithm using 468 homologous sequence positions that were selected from a sequence dataset of 497 total positions. Streptococcus pneumoniae clinical isolates sequenced for this study are marked as SF10175, SF10314, and SF10014. GenBank database accession numbers for published sequences are given in parentheses. All six sequences from the case XCA73 cerebrospinal fluid were identical to those of the S. pneumoniae reference strain (accession no. AJ001246). PCR = polymerase chain reaction.