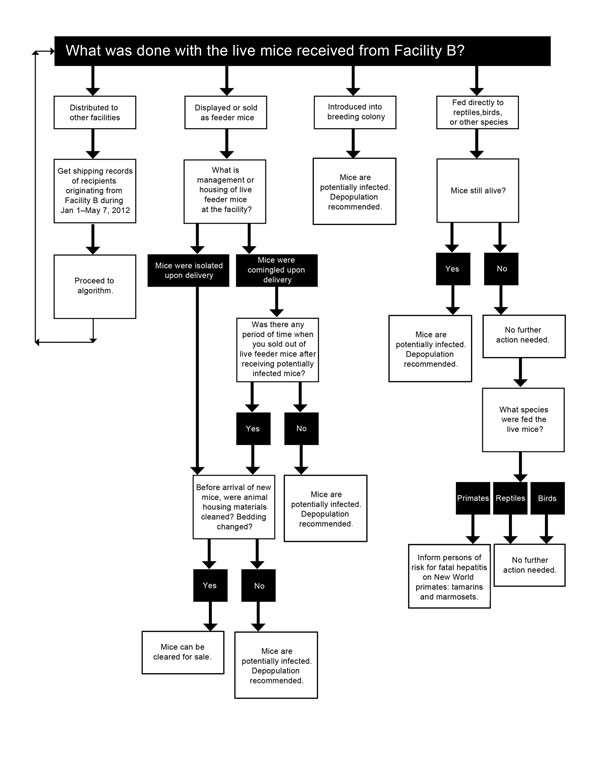 Figure 1. . Algorithm used to determine whether mice were potentially infected with lymphocytic choriomeningitis virus (LCMV) during a multistate investigation, United States, 2012. This algorithm was used to determine whether 1) potentially infected mice remained at the facilities being assessed, 2) mice from the original shipment remained, 3) offspring from these mice remained, or 4) shipments of mice had been comingled or had shared equipment with mice from the original shipment. LCMV is easily maintained in a mouse colony, and a clear break among the population (i.e., a time when no remaining mice are maintained and equipment is disinfected) is necessary to ensure that no ongoing infection continues.

1Additional members of the Multistate LCMV Outbreak Working Group who contributed data are listed at the end of this article.