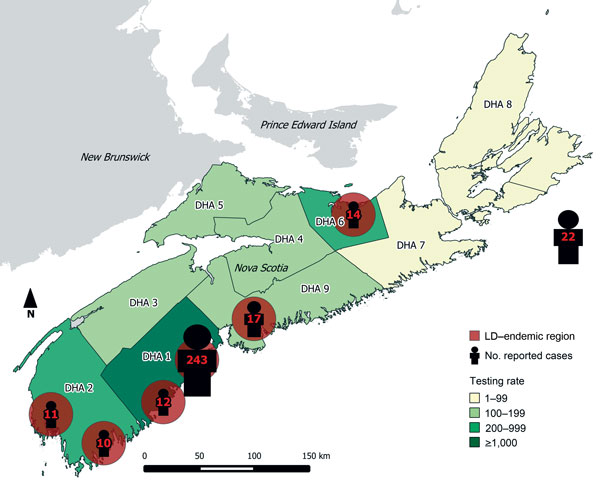 Figure 1. Reported cases of Lyme disease (LD) for 2002–2013, by endemic region of exposure and LD testing rates by District Health Authority (DHA) for 2013, Nova Scotia, Canada. Of the 22 cases without a known link to an LD-endemic area in Nova Scotia, 17 persons were infected outside the province (Europe and the United States); for 5 persons, location of exposure was either unknown or outside of known LD-endemic regions. Testing rate is per 100,000 population.