Podcasts
In This Issue

Control of emerging infectious diseases will be difficult because of the large number of disease-causing organisms that are emerging or could emerge and the great diversity of geographic areas in which emergence can occur. The modern view of the evolution of pathogen virulence—specifically its focus on the tradeoff between costs and benefits to the pathogen from increased host exploitation—allows control programs to identify and focus on the most dangerous pathogens (those that can be established with high virulence in human populations).

Although many who study emerging infections subscribe to social-production-of-disease theories, few have examined the contribution of social inequalities to disease emergence. Yet such inequalities have powerfully sculpted not only the distribution of infectious diseases, but also the course of disease in those affected. Outbreaks of Ebola, AIDS, and tuberculosis suggest that models of disease emergence need to be dynamic, systemic, and critical. Such models—which strive to incorporate change and complexity, and are global yet alive to local variation—are critical of facile claims of causality, particularly those that scant the pathogenic roles of social inequalities. Critical perspectives on emerging infections ask how large-scale social forces influence unequally positioned individuals in increasingly interconnected populations; a critical epistemology of emerging infectious diseases asks what features of disease emergence are obscured by dominant analytic frameworks. Research questions stemming from such a reexamination of disease emergence would demand close collaboration between basic scientists, clinicians, and the social scientists and epidemiologists who adopt such perspectives.

Recently, two novel but widespread themes have emerged in the field of bacterial virulence: type III secretion systems and pathogenicity islands. Type III secretion systems, which are found in various gram-negative organisms, are specialized for the export of virulence factors delivered directly to host cells. These factors subvert normal host cell functions in ways that seem beneficial to invading bacteria. The genes encoding several type III secretion systems reside on pathogenicity islands, which are inserted DNA segments within the chromosome that confer upon the host bacterium a variety of virulence traits, such as the ability to acquire iron and to adhere to or enter host cells. Many of these segments of DNA appear to have been acquired in a single step from a foreign source. The ability to obtain complex virulence traits in one genetic event, rather than by undergoing natural selection for many generations, provides a mechanism for sudden radical changes in bacterial-host interactions. Type III secretion systems and pathogenicity islands must have played critical roles in the evolution of known pathogens and are likely to lead to the emergence of novel infectious diseases in the future.

Streptococcus pneumoniae is a major cause of acute otitis media, pneumonia, bacteremia, and meningitis. Because in recent years antibiotic-resistant pneumococcal strains have been emerging throughout the world, vaccination against pneumococcal infections has become more urgent. The capsular polysaccharide vaccine that has been available is neither immunogenic nor protective in young children and other immunocompromised patients. Several pneumococcal proteins have been proposed as candidate vaccines, but no human studies associated with them have been reported. Clinical trials of first-generation pneumococcal conjugate vaccines have shown that covalent coupling of pneumococcal capsular polysaccharides to protein carriers improves the immunogenicity of the polysaccharides. The protective efficacy of the conjugate vaccines against carriage, acute otitis media, and invasive infections is being studied.

The paper presents a model of CD4+ lymphocyte dynamics in HIV-infected persons. The model incorporates a feedback mechanism regulating the production of T lymphocytes and simulates the dynamics of CD8+ lymphocytes, whose production is assumed to be closely linked to that of CD4+ cells. Because CD4+ lymphocyte counts are a good prognostic indicator of HIV infection, the model was used to simulate such therapeutic interventions as chemotherapy and active and passive immunization. The model also simulated the therapeutic administration of anti-CD8 antibodies; this intervention was assumed to activate T-cell production by activating a feedback mechanism blocked by the high numbers of CD8+ lymphocytes present in HIV-infected persons. The character and implications of the model are discussed in the context of other mathematical models used in HIV infection.

The recognition of genital chlamydial infection as an important public health problem was made first by the recognition of its role in acute clinical syndromes, as well as in serious reproductive and ocular complications, and secondly by our awareness of its prevalence when diagnostic tests became widely accessible. The recent availability of effective single dose oral antimicrobial therapy and sensitive molecular amplification tests that allow the use of noninvasive specimens for diagnosis and screening is expected to have a major impact in reducing the prevalence of disease in the next decade. Clinical manifestations associated with Chlamydia pneumoniae infection continue to emerge beyond respiratory illness. In particular, its association with atherosclerosis deserves further investigation. Chlamydia pecorum, a pathogen of ruminants, was recently recognized as a new species. The continued application of molecular techniques will likely elucidate an expanding role for chlamydiae in human and animal diseases, delineate the phylogenetic relationships among chlamydial species and within the eubacteria domain, and provide tools for detection and control of chlamydial infections.

Thirty-three varieties of 24 species of plants and 19 species of vertebrates and invertebrates were experimentally inoculated with Ebola Zaire virus. Fruit and insectivorous bats supported replication and circulation of high titers of virus without necessarily becoming ill; deaths occurred only among bats that had not adapted to the diet fed in the laboratory.

This report describes the first pathologic and immunohistochemical recognition in Australia of a rabies-like disease in a native mammal, a fruit bat, the black flying fox (Pteropus alecto). A virus with close serologic and genetic relationships to members of the Lyssavirus genus of the family Rhabdoviridae was isolated in mice from the tissue homogenates of a sick juvenile animal.

After a cluster of Creutzfeldt-Jakob disease (CJD) cases among unusually young patients was reported recently from the United Kingdom, we examined trends and the current incidence of CJD in the United States. We found that the age-adjusted CJD death rate in the United States is similar to published estimates of the crude incidence of CJD worldwide and has continued to be stable from 1979 through 1994. The number of CJD deaths in persons <45 years of age remained stable during this period. We found no evidence of the variant form of CJD.

A survey of antibiotic resistance in Streptococcus pyogenes in Italy showed a sharp increase in erythromycin resistance. In 1993, the incidence of erythromycin-resistant strains was on average 5.1%, with marked variations by geographic area. Two years later, the incidence of these strains had registered a 1.5- to roughly 20-fold increase, with a mean value of 25.9%, exceeding 40% in three centers out of 13 and 30% in another four. For all the strains studied, normal levels of susceptibility to penicillin were reported.

Assessing the Costs and Benefits of an Oral Vaccine for Raccoon Rabies: A Possible Model [PDF - 38 KB - 7 pages]
M. I. Meltzer

Any cost-benefit analysis of the use of an oral vaccine to control raccoon rabies should include calculating both costs and benefits in terms of $/unit area. Further, cost savings must be adjusted to match the stages of an epizootic: pre-epizootic, epizootic, and post-epizootic. A generic model, which can be adapted to different sites, illustrates the use of threshold analysis to link distribution costs, cost savings, bait density, and vaccine price. Initial results indicate the need to lower the cost of the vaccine, continue research to determine optimal bait densities, and examine distribution plans that do not require continued protection of areas in which raccoon rabies was eliminated through previous vaccination programs.

ABA Sponsors Program on Law and Emerging Infectious Diseases [PDF - 15 KB - 1 page]
D. P. Fidler
A Global Theme Issue: Bibliography of References [PDF - 62 KB - 8 pages]
M. A. Winker
Conference on Emerging Foodborne Pathogens [PDF - 15 KB - 1 page]
D. Dalisera
Page created: September 07, 2011
Page updated: September 07, 2011
Page reviewed: September 07, 2011
The conclusions, findings, and opinions expressed by authors contributing to this journal do not necessarily reflect the official position of the U.S. Department of Health and Human Services, the Public Health Service, the Centers for Disease Control and Prevention, or the authors' affiliated institutions. Use of trade names is for identification only and does not imply endorsement by any of the groups named above.
ScholarOne Submission Portal
Issue Select 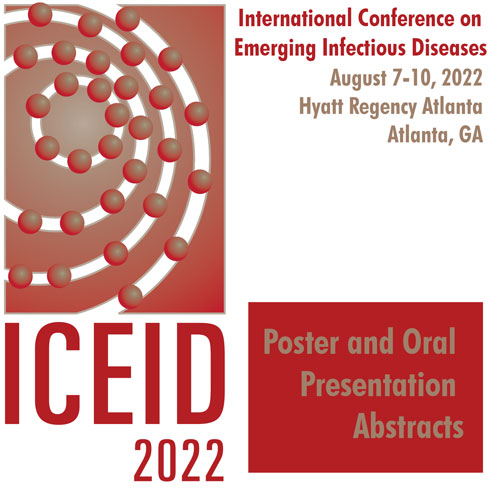 To receive email updates about this page, enter your email address:

Help
Enter search terms into the textbox above and click "Search" to seach all articles in the journal. The search must be at least three characters long.

To search for exact phrases, use quotation marks around the words that should be grouped together.

This search feature is powered by PubMed Central and uses an algorithm to rank the most relevant results. Search results are limited to the first 200 results.