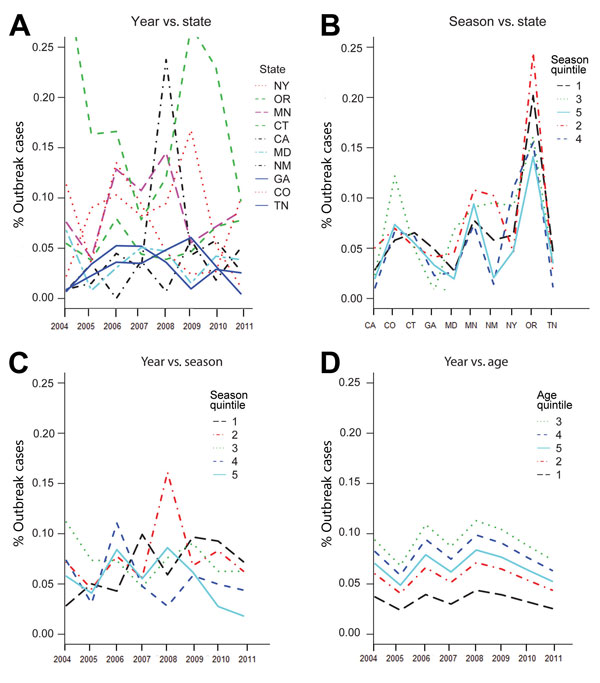 Figure 4. Interaction plots from the best-fitting Salmonella logistic regression model used in the analysis of Foodborne Diseases Active Surveillance Network (FoodNet) data, United States, 2004–2011. A) Year versus state; B) season versus state; C) year versus season; D) year versus age. The y-axis is the proportion of outbreak-associated cases. Crossing lines indicate interactions between 2 factors for the proportion of outbreak-associated case.