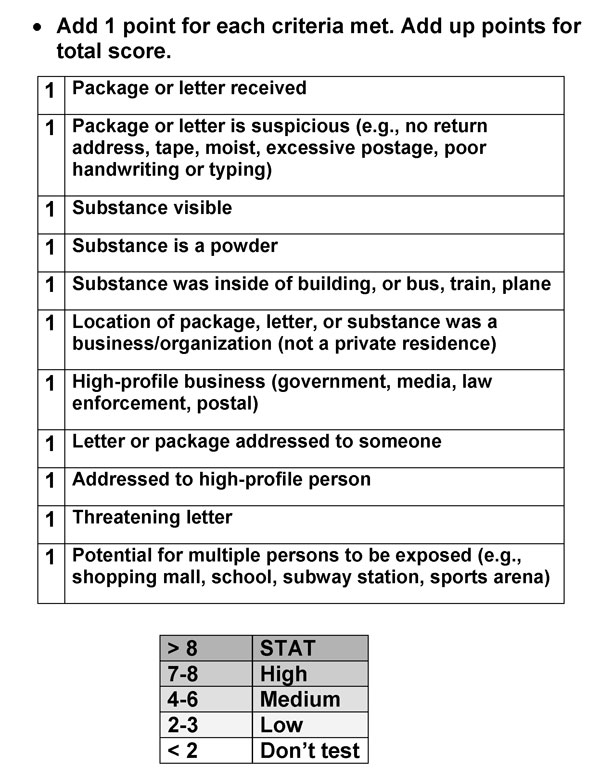 Figure 1. Depiction of the algorithm used to determine the priority of items received for testing at the New York City Bioterrorism Response Laboratory. One of the salient features of the surge was the broad array of items that the laboratory received for testing. Many items contained innocuous powdery substances that are now known to be unrelated to the attack, yet prudent practices required that they be ruled out. The laboratory needed to identify which items were the most urgent and place them first and used this algorithm and other triage methods to prioritize the samples. Samples with 8 out of 11 points or greater were deemed STAT for “highest priority for laboratory testing” and received preferential treatment. Most samples fell into a middle category and were processed in order based on time received.