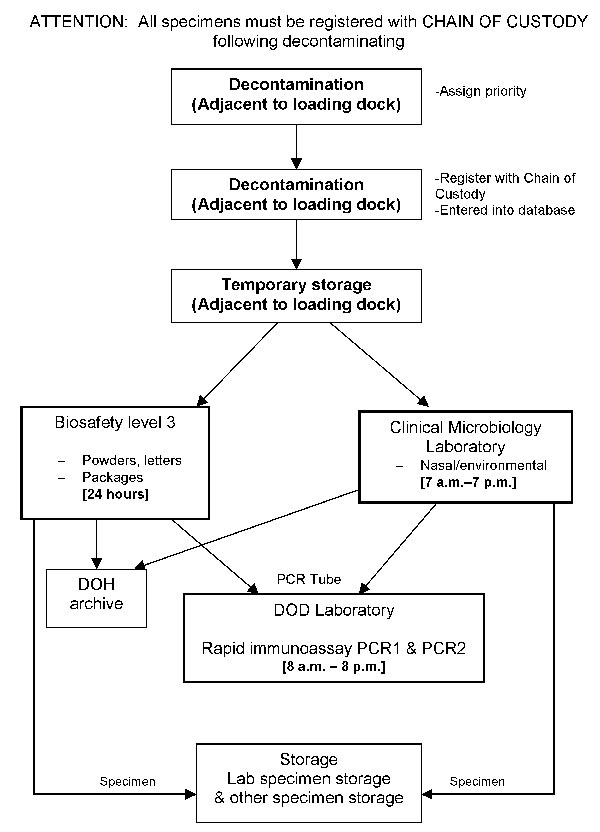 Figure 2. Diagrammatic tracking of an environmental sample through the various units and laboratories as it was processed and tested for anthrax at the New York City Bioterrorism Response Laboratory. The first level of the diagram corresponds to the first floor or the sample intake area. Samples were moved via an elevator to the upper floors of the facility, where they were processed and tested. The final destination of all samples was the storage area. Storage was also a locked and guarded forensic evidence room, and samples released from this area after testing negative for Bacillus anthracis were released to the New York Police Department for criminal investigation, return, or disposal.