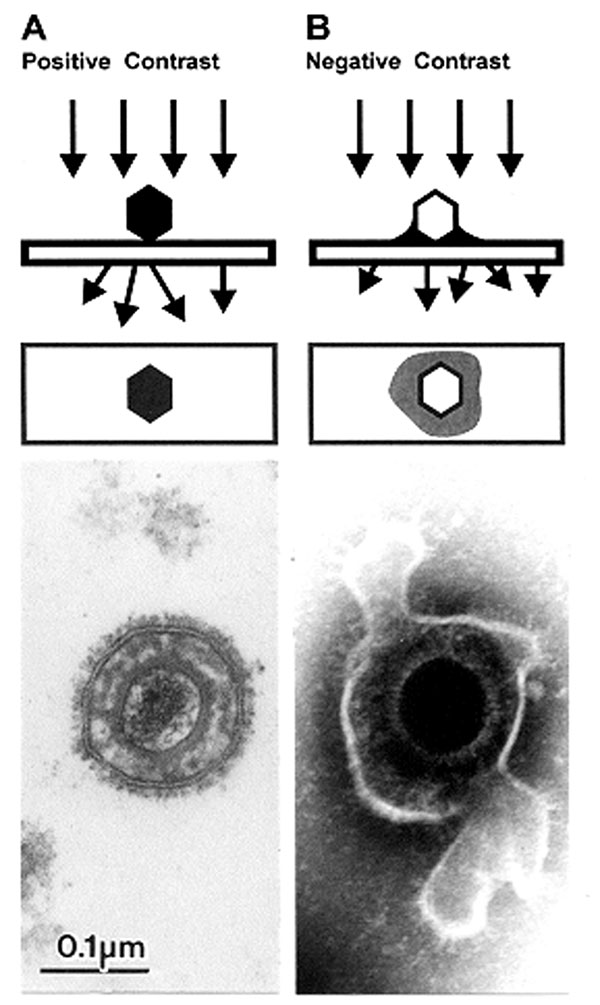 Figure 5. Comparison of herpesvirus appearance after positive and negative stain electron microscopicAPositive stainingSamples undergo a lengthy process of fixation, incubation with heavy metal ions (osmium, uranyl), dehydration, embedment, ultrathin sectioning, and stainingChemical moieties in the object show differential affinities for the heavy metal stains, resulting in a clear outline of the viral bilayer envelope, viral envelope proteins, nucleocapsid, and the dense nucleic acid containing coreBNegative stainingAfter a brief fixation, samples are mounted directly on electron microscopic grids and stained as in Figure 4The electron-dense stain (phosphotungstic acid [phosphotungstic acid], uranyl acetate, and the like) penetrates the virion and embeds the particle in a matrix of stainDue to density differences between the stain and weakly scattering biological components of the virion, the virion appears as a transparent and detailed reverse (negative) imagePenetration of stain into the nucleocapsid provides a dense core with the crenellated appearance presented by the central channel of capsomers on the nucleocapsid surfaceViral surface proteins appear as projections from the labile envelopephosphotungstic acidBar = 100 nm.

1Both authors contributed equally to this review.